END_OF_DOCUMENT_TOKEN_TO_BE_REPLACED

To be honest, I worked a lot and didn’t get out much, but what I did see of this year’s National Homebrew Conference was great – a little more intimate than Philly, I picked up a couple new books to read; there was lots of interesting homebrew (see beet juice Berliner Weisse in the slideshow, and a 14.5% October beer shared at the banquet) and a lively local beer scene. It was a privilege to meet some of you blog readers in meatspace and share a beer. 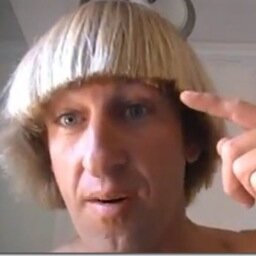 It’s been a long spring full of travel and new beers in distant places, but it seems like just a couple weeks ago I was in an auditorium at the CBC listening to Brewers Association director Paul Gatza address thousands of craft brewers: END_OF_DOCUMENT_TOKEN_TO_BE_REPLACED

“Should the best stay small?” was the title of the response piece to the New York Times article. It was in reference to Hill Farmstead Brewery capping production at 5000 barrels a year; and it wasn’t a rhetorical so much as an unanswered question.

Far be it from me to deny the Interwebs more vitally important bloviation on the sacred cows of craft beer: onward, citizens. It’s answerin’ time. END_OF_DOCUMENT_TOKEN_TO_BE_REPLACED

“For several years now, beer hijacking has been an issue for small and independent commercial brewers. They’ve been working hard to differentiate themselves from very large brewing companies that offer special beers and would prefer that beer drinkers believe that their beers come from small and independent breweries. Speaking for myself, this is a turnoff. The beer is probably great quality, but the marketing is deceptive and erodes the perception of credibility.”

One of these is a quote from an op-ed piece in the New Brewer on the need for a clear, commonly-understood definition of “craft beer,” and the other is a quote from the Shane MacGowan biopic If I Should Fall from Grace. END_OF_DOCUMENT_TOKEN_TO_BE_REPLACED

So I was in Austin for a Master Brewers Association of the Americas conference, and in between seminars I went to some places … great city for beer and barbecue, and I have photographic proof.

Here are my notes – jetlagged and sleep-deprived though they be – filtered through three straight days (four, if you count setup and the Brewers’ Gathering on Wednesday) of the Great American Beer Festival.   END_OF_DOCUMENT_TOKEN_TO_BE_REPLACED

There I was, citizens: I was enjoying the last gasps of Minnesota summer while brewing outside, I was drinking something from Maine Brewing Co., I was trying out some new hops and new yeast, I was smelling the roast happening at the coffee shop downwind, I was gristing some malt and heating some water and ruminating on a recent conversation with friends. END_OF_DOCUMENT_TOKEN_TO_BE_REPLACED

I was recently at Surly’s taproom and tried both You’re in (Urine) Trouble and Misanthrope and was surprised by how much I liked them. I have not had any Brett beers before and now want to expand my tastes; do you have any suggestions for what I should try that are available in our (MN) market?

Help me out, citizens: what should Carl drink? I’ll go first:

MN-specific, two other beers I’ve had in the past year from local brewers that stand out in my mind were Surly Brett Liquor IPA and Pour Decisions St. Whatshername Tripel. They’re both limited-release, so keep your eyes peeled.

Citizens, in the last several months your author has seen a number of stories about new, contract-brewed brands built almost purely around a marketing concept or narrow demographic target that seem to be, to put it as objectively as possible, all hat and no cattle. What a lot of folks in the fall of 2012 might have considered “getting into brewing for the wrong reasons.”

My knee jerk reaction was uncharitable and unfavorable. Deep, internet forum-grade butthurt, scandalized like a Victorian lady. My second, more considered line of inquiry was to dig a little deeper. Join me in examining my feelings.